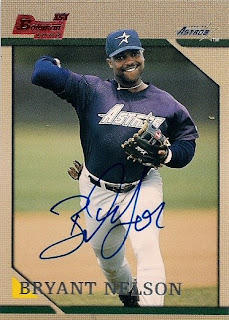 Bryant Nelson was drafted by Houston in 1993. He never played any major league games while with Houston, but did play in their minor league organization.

He was released by Houston in 1997. He was eventually picked up by Boston and played one season in the majors with them (2002).

Nelson currently plays in the Atlantic League with the Camden Riversharks.
Posted by Tom at 3:00 PM No comments: 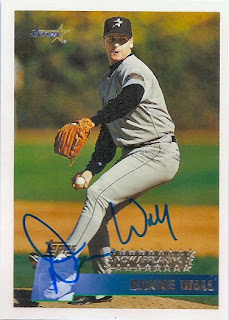 After a few years in the minors he played his first big league game on September 2, 1995. He eventually played for the Padres, Mets, and Angels before retiring in 2002.
Posted by Tom at 7:36 AM 1 comment: