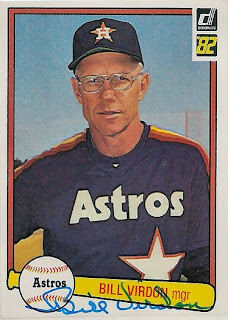 Bill Virdon began his career with the St. Louis Cardinals in 1955 (he was the Rookie of the Year, by the way) and would remain there until the next year. 1956 was also the year he began his first year with the Pirates, where he would play until 1965, and again in 1968.

After his playing days Virdon spent many years as a manager: 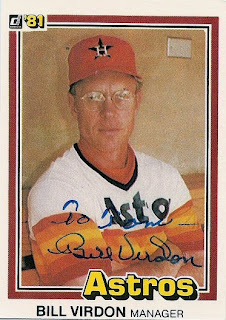