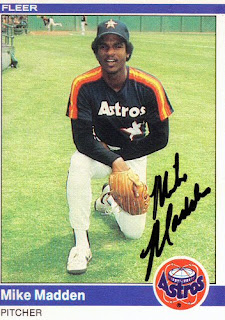 Mike Madden spent several years in the minors with various teams before coming to the Astros in 1983. He would remain here until 1986.