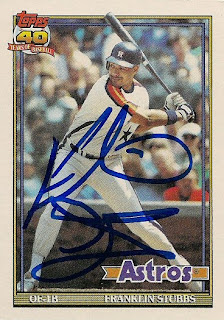 I sent these cards to Franklin Stubbs care of the Inland Empire 66ers, where he is a hitting coach.

Stubbs' first game was in 1984 with the Dodgers. While he was with the Dodgers he played in the '88 World Series (who won, of course). He was traded to Houston in 1990 for Terry Wells just a few days before the start of the season. He played 140+ games for the Astros at first base until leaving for the Brewers. Bagwell took his spot at first. 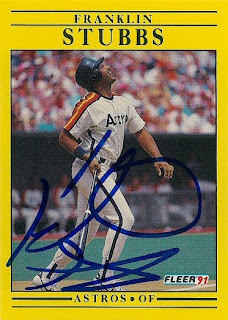 I have doubles for each of these three cards and will trade. Both of the '91 Donruss cards have smudged signatures, though. 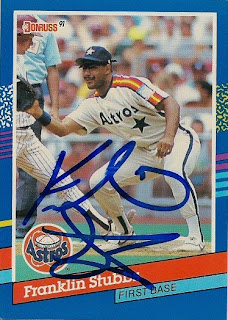