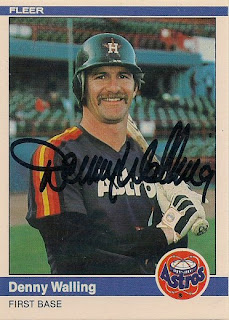 Denny Walling began his big league playing days with the A's in 1975, where he would remain for only two years. In 1977 he came to Houston and stayed for over a decade. 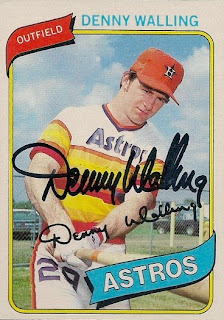 Walling would spend some time with the Cards, then that other Texas team (who I will get to see not once but twice this weekend) before coming back to H-Town where he would play his final games. In fact, Walling would only bat three times that year, getting only one hit before retiring in April of '92.

Currently he is with the Orioles as their roving minor league instructor. 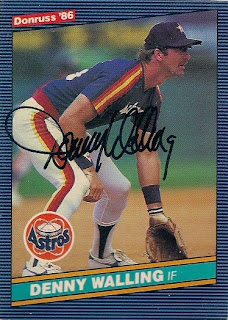 I sent the above three cards to Denny through the mail.

The next was included in a group of cards bought on eBay. Notice how his sig is slightly different on the 'D'. 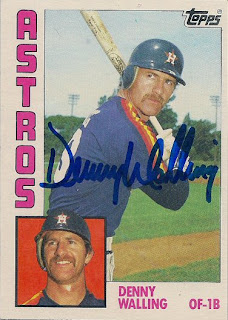